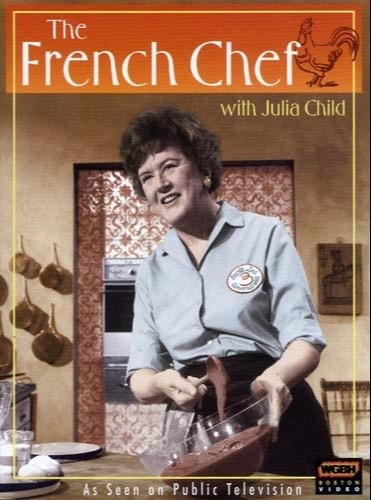 I love Julia Child. I love everything about her, and learning more about her is a total delight. She is full of surprises, but to me, the most surprising of all was what marked her first foray into coking. Julia is featured in our “Fountain of Ages” series because at age 50 she began hosting the television program, The French Chef. However, she was neither French nor a chef. True, she had written a cookbook, but she had no television experience. Her program became a national icon and helped launch the Public Broadcasting System. How’s that for a second wind!

Growing up in Southern California, her family enjoyed the services of a cook, but Julia did not learn cooking from this person. It was actually working for the Office of Strategic Services (OSS) during World War II, when she was assigned as a top-secret researcher to assist a group of developers of shark repellent. The problem was that inquisitive sharks were detonating mines that were targeting German U-boats. "Child's solution was to experiment with cooking various concoctions as a shark repellent," which were spread around the the water near the explosive devices. Still in use to this day, her recipe was a success, thus her first foray into the world of cooking.

Julia married Paul Child, who also worked at the OSS, when she was 34. Paul, known for his sophisticated palate, was an artist and poet, and joined the State Department as an exhibits officer. The couple moved to Paris in 1948.

An overnight stay at the oldest inn in norther France, La Couronne, provided a culinary revelation, with their dinner of oysters, sole meunière and fine wine. She once described the meal in an interview with the New York Times as “an opening up of the soul and spirit for me.” Her spirit ignited, she enrolled in the famous Cordon Bleu cooking school in Paris, graduating in 1951. In Paris, she met two women who were writing a French cookbook for American Women, Louisette Bertholle and Simone Beck who invited her to join the effort. Even though they were able to secure a publishing contract with Houghton Mifflin, the book was rejected as being too much like an encyclopedia. Alfred A. Knopf finally published it in 1961, and the 726 page Mastering the Art of French Cooking became a best-seller and sparked keen American interest in French cooking and culture.

Julia’s 1962 television debut was cooking a French Omelet. The French Chef, was a launched and ran for 10 years on WBGH-TV. Here bubbly, cheery, enthusiastic personality carried the show and she became know for her distinctive warbler voice and unpatronizing, unaffected manner.

Click Photo Below to See In Her PBS Debut Making Her Famous French Omelette: 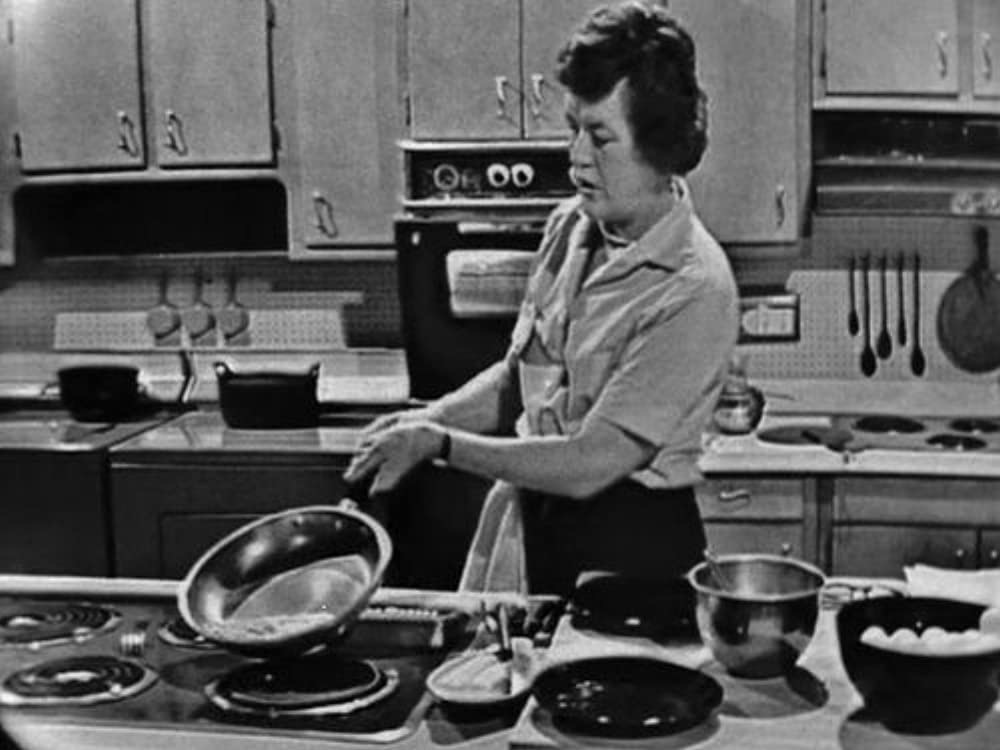